What Orwell applied to politics we can apply to fiction:

Politics and the English Language

Here’s a selection of the best posts on Scriptwriting Tips during the month of September:

380: Actually spell out what will happen if your ticking clock runs out. Does it just stop ticking? Or is it attached to a metaphorical bomb that blows up everything your protagonist’s worked for?

381: A protagonist who succeeds because of her wits is usually much more likeable than one who succeeds through brute force, good looks or dumb luck.

386: Don’t leave your protagonist alone to think about things. Cut any scene where he looks through a file or figures out a code. BLADE RUNNER may be brilliant, but those scenes of Deckard hanging out in his apartment are pacing death.

389: If you possess some sort of special knowledge of a subject — architecture, French cooking, criminal law, whatever — by all means, work it into your script. Expertise is interesting.

391: Stop trying to write ‘exciting’ fight scenes. Throw out your adverbs and just write as clearly as you possibly can — one thing happening after another. Lucky for you, that happens to be the most exciting way to write action.

402: ‘Mysterious’ characters are usually boring as hell, especially if they only speak in vague generalities and only show up when all the work/action is over. Remember: characters are what they do, not what they say.

403: You can cut entire useless scenes and shift their information into the start of the next scene. For example: instead of showing your protagonist working through the night, have her turn up bleary-eyed the next morning.

406: Don’t over-describe. You can do massive crowd scenes, parties, elaborate locations, etc. all in a few simple lines. Save those lashings of descriptive prose for spaces that reveal character, e.g. your protagonist’s bedroom.

408: Your antagonist has to be the guy we love to hate. The simplest actions — putting a bullet into a foe who’s already down, picking on the most vulnerable kid in class just for the hell of it — can be enough to earn our hate. 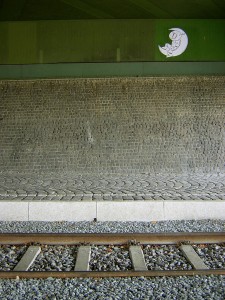 Ideas are worth nothing. Half the people you ask will say they’d never ever be able to come up with a movie, a book or a game. The other half are brimming with ideas… and half the humanity is a lot of people. If gold or diamonds are so valuable because of their scarcity, by the same rule ideas are worthless – there are too many.

And you’ll say, if there are so many presumably good ideas, why are there so many bad movies, so much mediocre literature, such clichéd videogames? Because the tricky part is to turn a good idea into a good finished product. How many promising trailers hide boring movies? How many interesting back covers sell out bad literature? A good synopsis does not guarantee a good story. Walking the walk is more difficult than talking the talk.

When one wants to prove themselves good writers they must prove their worth through a good novel or story collection – sometimes only one is not even enough. That’s also why so many aspiring scriptwriters film their own shorts. The same rule applies if you want to write videogames. by making games you’ll prove that not only have you good ideas but also know what to do with them, how to integrate them in a playable environment, how to engage the player, how to use interactivity, how to define a whole coherent world.

In theory, many of these tasks are for programmers, graphic designers and the lot, and indeed in practice, in a professional environment, tasks will be apropriately distributed. But in order to enter that market, you’ll have to show insiders that you know how to integrate your work with the rest of the team, in a word – that you know the format. 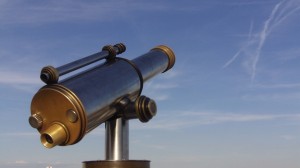 The only way to make it is to learn other abilities that allow you, if not to make the whole game yourself, at least to develop a part of the technical requirements of the process. As we’ve been saying all week, all elements in a videogame are intimately related, and the more of them you explore, the better you’ll know how they relate to each other and the more coherent the result will be. And above all, the more work you can take in your hands, the more interesting it will be for others to work with you. If you want to surround yourself with a team of graphic artists, musicians and programmers that help you realize your project, you’ll need to offer them something beyond “an idea”. The more knowledge and abilities you bring in, the more chances you’ll have that serious people take you seriously and jump in a colaboration with you.

Take into account you don’t need to start from scratch. There are numerous engines desgined to help you create games. Here’s someone more knowledgeable on the topic, my friend David García “Xander“, to suggest a few:

Renpy, RPG Maker and GameMaker are the most famous (together with one for fighting games, but I don’t think we can tell stories with that ;-). Many people make games in Flash. Then there’s the possibility of building MODs for PC games. Some companies make theit games’ development kits available for users to modify or make completely new games. For example there’s Valve with their Source engine from “Half-Life” or Bioware with the tools from “Neverwinter Nights 2”. The latter is quite famous, easy to use and, coming for a Western RPG, applis well to storytelling. There’s also the recent “Dragon Age”, also by Bioware, with some capabilities for cinematics. For shooters there are the tools from games like “Gears of War”, “Crisis” or “FarCry 3”. Even “StarCraft 2” have released their kit and I hear it’s quite powerful, allowing you even to change the genre and build an action game, instead of strategy, for example. In a word, there’s a lot to choose from.

I’ve said it before and I’ll say it again: one has to work hard. Many amateurs think it’s easy: I’ll write, he’ll draw, she’ll write the code… In practice, this never works, because illustrators and programmers will rather work on their own ideas and direct their own projects. And here goes one of those big truths that make the work of a professional scriptwriter on any audiovisual medium, so difficult:

Everybody thinks they can write.

And if you don’t believe me, I’ll tell you more next time.

If I want to make games, what do I have to do?

Just as if you want to work on any other activity, there’s only one way: become a professional. That means you’ll have to work hard, to study and to practice.

As the industry grows (and they already say it moves more money than movies or music), more courses pop up that address videogames especifically. I cannot recommend any in particular as I don’t have any references, but some Google searches should offer results for your area. As in any new business model, you’ll come across amateurs wanting to make easy money by lack of competition and true professionals trying to consolidate the industry. Ask for references on the faculty and study the offers throughly before handing out your money.

The problem is that in most cases, companies will not know either if the course you’ve studied is worth anything or not. So in order to prove your worth, practice will be more useful. Cancel your suscription to the popular magazine that only copypastes the distributors’ press releases (by the way, it’s most of them) and find publications with a critical eye that not only sell titles but also analyze the industry. Find the odd book on the subject and dip in. Play all kinds of genres on all available platforms and analyze those games, their merits and flaws, the twists that work, the cheap tricks, how they came to be at all.

But above all, mingle with people with the same interests and make games. The best item in your CV for a company is a finished piece of work. Illustrators don’t get assignments through the promise of their sketches: you’ll want to present full games.

What are you talking about, full games? All I know is how to write! Ah, nobody said it was easy! You’ll have to learn more. Tomorrow I’ll tell you what, and more importantly why.