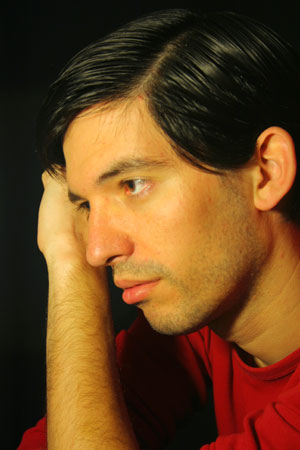 While I studied at the University of Newcastle in 1999, I had the pleasure of attending a whole-semester Poetry Workshop by Jo Shapcott, twice winner of UK’s National Poetry Competition. During those months I wrote several poems that, as often happens with art and time, I see today as works of youth, to put it mildly. Still, here are a few of them.

One of my first assignments during Jo Shapcott’s workshops was to translate a poem from a language I didn’t know. The poem turned out to be a Polish translation of her own “The Mad Cow Talks Back“.

The experiment was interesting, and years later, while reading her volume of free versions of poems by Rainer Maria Rilke “Tender Taxes“, I came up with the character of Lavaca, a cow who likes to ruminate poems in languages she doesn’t know, then moo a response back.

On July 26th, 2008, I created two new blogs where Lavaca could express herself either in English or Spanish. Readers can suggest poems (in other languages) for Lavaca to ruminate, through the Contact form.

You can read the poems at Lavaca Moos Back.