This week sees the release of one of my latest translation jobs, the fantastic Paper Mario: Color Splash, one of the funniest games I’ve had the pleasure to work on. My recommendation brings company: reviews are pretty positive and many are pointing out the success of the Spanish localization team. Thanks, it’s been our pleasure! 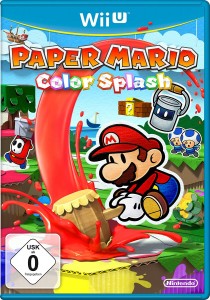 But the most outstanding element is, without a doubt, its humor. Every character has something to say -in Spanish, as you’d expect- and we’re probably facing one of the best translations ever made for a title in this genre. The attention to detail in both language and grammar is magnificent. We often come across examples of very local topics and sayings. (Vandal)

Soon the gags appear and converations take a humorous turn. The careful localization provides jokes that are clearly adapted for Spanish speakers. (Hobbyconsolas)